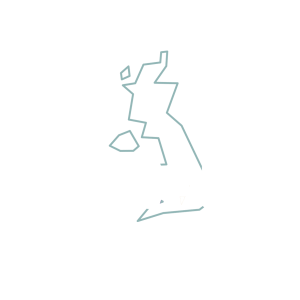 On the week commencing the 17th June 2019, CASCADE held its first weeklong airfield workshop. The event brought together the entire CASCADE team, along with external collaborators and representatives from industry. Flight testing, collaboration and knowledge sharing were the focus of the event. Several platforms and technologies which have been developed by the CASCADE project were tested for the first time.

Over 40 different UAVs and a manned research aircraft flew. Up to 8 aircraft from 5 different operators were airborne simultaneously.

The venue for this event was Llanbedr Airport, located on the west coast of Wales. The airfield offered smooth runways, a large open area, uncontested air space and ideal weather for flying. Throughout the week, the CASCADE team took advantage of having access to such a unique facility to test and demonstrate several aircraft with a few maiden flights occurring.

The University of Bristol led the testing of platforms and technologies which are planned to be used as part of the BRIDGE case study. Taking advantage of the controlled space, these platforms were tested for their positional accuracy and usability when trying to fly close to buildings and structures. These technologies are planned to allow for close proximity autonomous inspection of the Clifton suspension bridge.

Cranfield University led the testing of a novel automated drone deployment system. This system, which has been developed with APADMI, allowed for automated route generation and deployment of multiple commercial-off-the-shelf multi-rotor aircraft stored in remote locations. The use-case was the remote on-sight inspection of crops.

The Imperial College London led the testing of wall perching UAV technology. This system allows a UAV to land on a vertical wall and to crawl on its surface thanks to the use of a tether that is automatically attached to the wall before landing and released after take-off.

The Imperial College also coordinated the testing of a swarm of aerial construction-bots equipped with 3D printing technology which excrete materials used to build structures. The testing focused on the performance of this system in a real work environment. This project was in collaboration with the University College London.

The University of Manchester led a series of workshops revolving around drone vulnerabilities and how to perform in air takeovers of in-flight commercial drones. A demonstration of such an attack was performed and stakeholders, such as the Greater Manchester Police, were informed about other potential threats which could need combatting in the future. Throughout the week, initial testing of a piggyback drone deployment system was undertaken.

Development was ongoing with the infrastructure-free drone communication system, which has the potential to allow future drones to collaborate and communicate using multiple mediums in order to reduce or eliminate the need for hard infrastructure for flight control and observation.

MAGMA, the University of Manchester’s state of the art fluidicly controller aircraft was flight tested.

A team of MSc students from the University of Manchester flight tested the Tempest aircraft. This aircraft was conceptualised, designed and built within a 2-week time frame. Tempest has a mass of 7 kg mass and a wingspan of 2 m and it is constructed almost exclusively out of foam board and hot glue.

The University of Southampton led the testing of long-endurance fixed-wing aerial platforms. The Spotter UAV performed automated take-offs and landings, and endurance testing. Spotter was developed with safety and redundancy in mind leading to its twin-engine design and redundant control and power buses.

Students from the University of Southampton tested the Peregrin, an aircraft designed using ADRpy (Aircraft Design Recipes in Python), a tool developed as part of CASCADE. Peregrin was designed to deploy an Autonomous Underwater Vehicle (AUV) carrying scientific equipment to previously unreachable regions such as polar polynyas. It takes off in less than 25 m, using a large wingspan with a novel hybrid propulsion system.

One of the week’s crowning achievements was the maiden flight of the ULTRA aircraft. ULTRA is large twin-engine aircraft which has inherited many of the safety and redundancy features from Spotter. Weighing in at 350 kg, with a wingspan of 10 m and a payload capacity of 100 kg, this aircraft aims at becoming a low-cost supply delivery drone for far away and difficult to reach areas.

G-OUAV, a manned aircraft used to support the research on unmanned systems was also flown to Llanbedr. The aircraft will be used as a chase plane for the testing beyond visual line of sight flights of some of the CASCADE case studies.

Overall, the week was a huge success and several CASCADE firsts were achieved. The high level of collaboration between universities that CASCADE aims to bring to the research field was one of the key achievements. Because of this, preparation of the next CASCADE Collaboration Workshop is already underway. See you at Llanbedr 2020!